Our recent study is covered in Quanta Magazine

Our recent study is covered in Quanta Magazine 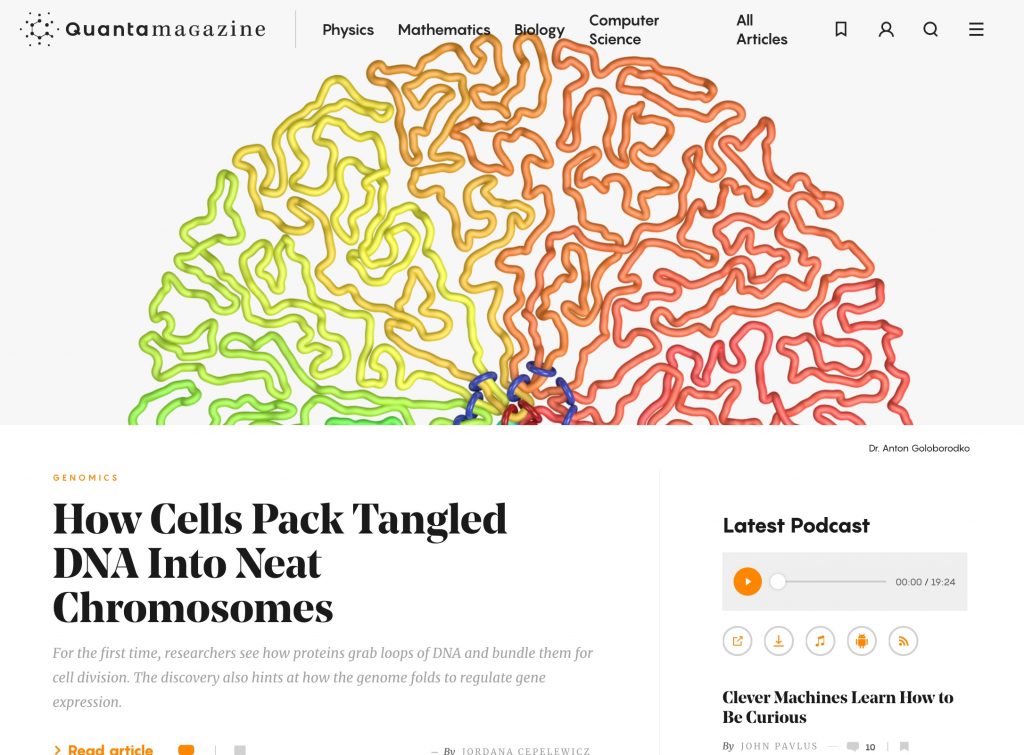 “For the first time, researchers see how proteins grab loops of DNA and bundle them for cell division. The discovery also hints at how the genome folds to regulate gene expression.

A human cell carries in its nucleus two meters of spiraling DNA, split up among the 46 slender, double-helical molecules that are its chromosomes. Most of the time, that DNA looks like a tangled ball of yarn — diffuse, disordered, chaotic. But that messiness poses a problem during mitosis, when the cell has to make a copy of its genetic material and divide in two. In preparation, it tidies up by packing the DNA into dense, sausagelike rods, the chromosomes’ most familiar form. Scientists have watched that process through a microscope for decades: The DNA condenses and organizes into discrete units that gradually shorten and widen. But how the genome gets folded inside that structure — it’s clear that it doesn’t simply contract — has remained a mystery. “It’s really at the heart of genetics,” said Job Dekker, a biochemist at the University of Massachusetts Medical School, “a fundamental aspect of heredity that’s always been such a great puzzle…” Read the whole article in Quanta Magazine